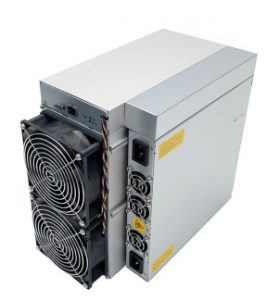 Mining rigs have grown in popularity alongside cryptocurrency. If you’ve been mining crypto, you’ve probably got a few mining rigs laying around. When you first got them, they were the latest machines on the market. However, at this point, you might’ve upgraded to something even better. Would you like to sell those old rigs to make a little extra on the side? If so, you should consider where to sell them for the most. Here are a few places you can capitalize on your old ASIC miners and GPU rigs.

The first place most people tend to think of would be online marketplaces. Places like Craigslist and eBay aren’t a bad idea, either. Using them, you’ll have access to a large pool of buyers. Whenever you create a listing, make sure to put all of your machine’s specs. That way, when people search for them, they’ll be at the top of the results. Listing your shipping costs is also crucial. Otherwise, you might have an interested buyer back out of a purchase.

Online forums are the next place to cross most people’s minds. There’s a ton of forums where people post requests for older machines. Usually, these are full of people who’d like to get into mining, but they don’t have a ton of money. If you’ve got an older mining rig, they might be interested in purchasing it from you. These places give you the benefit of working directly with the buyer. But, you don’t have the same protections available in other markets. Don’t simply take someone’s word when selling through a forum. Make sure that you’ve checked them out to make sure they’re legit.

Parting Out Your Old Rigs

Sometimes, you might want to take your old machines apart. You could reuse some of their parts, and you could list the rest of them for sale. That way, you can make a little bit of money on whatever you won’t be using. For example, let’s say you’d like to use your old CPU. Well, in that case, you could still sell the old rig’s case. There might even be a fan that you could sell from the old machine. Selling the parts individually ensures that you’ll get something, at least. However, you might not make as much as you could’ve by selling the whole thing.

The GPUs and CPUs are the most valuable part of any mining rig. Selling them online is also rather simple. There are dedicated marketplaces that specialize in selling these parts. Just send them a list of whatever equipment you’d like to sell. Then, the market curators will send you a quote for those parts. If you like what you see, then you’ve just got to ship them the parts. After the market receives them, they’ll test them to make sure they’re in working condition. Anything that fails their inspections will be sent back to you, at no cost. You’ll receive payment for all of the working parts within 3-5 days.

Not everyone who buys your parts will be using them to mine cryptocurrency. So, you don’t want to imply that in your listing descriptions. Keep them as general as possible, so you can attract the largest pool of buyers.

Also, keep this in mind. The longer you wait to sell your parts, the less they’ll be worth. So, if you’ve been thinking about selling your old ASIC mining rig, you should do it as soon as possible. That way, you’ll make as much as you can off of it.

Older machines tend to be more difficult to sell, but that doesn’t mean you shouldn’t list them. You might be surprised to find a willing buyer. Sometimes, people will even purchase older GPU mining rigs to recycle them. While you might not make as much, you’ll still walk away with something.